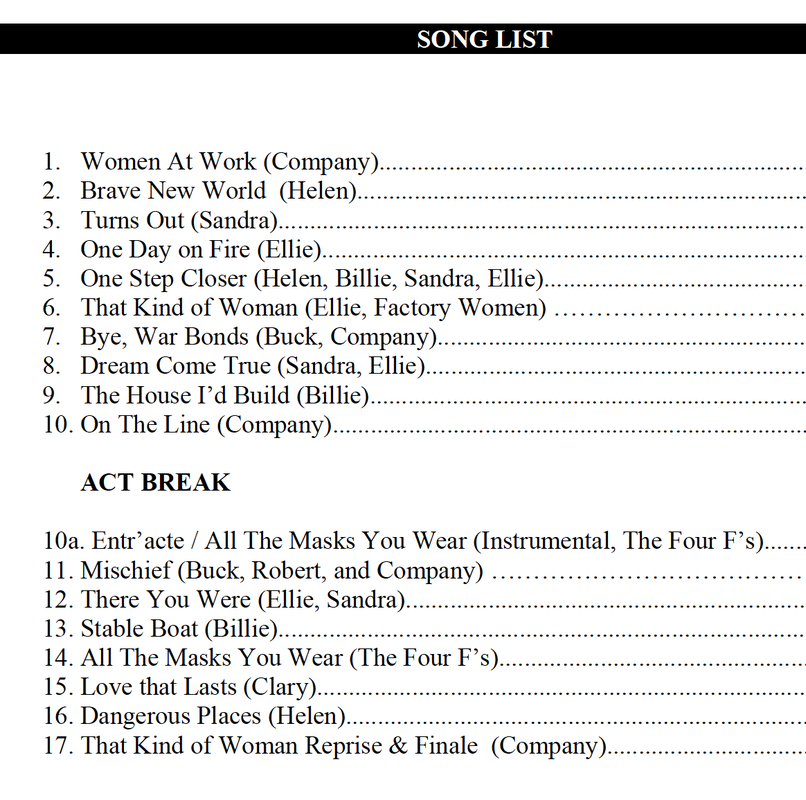 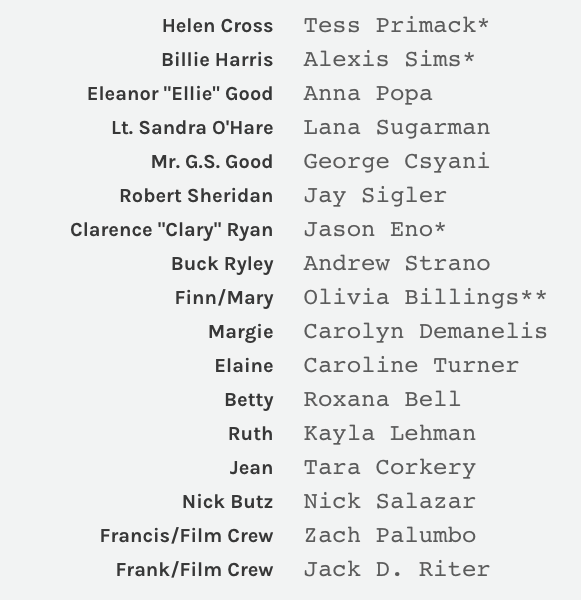 Anthony Trifiletti
*Appearing through an Agreement between Rubber City Theatre and Actors' Equity Association, the Union of Professional Actors and Stage Managers in the United States.
**Actors' Equity Membership Candidate.
+Member of the American Federation of Musicians
^Director-Choreographer is a member of the Stage Directors and Choreographers Society, a national theatrical labor union. ​ 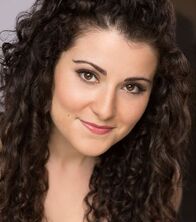 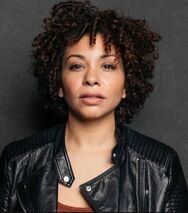 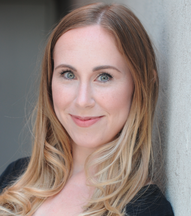 Lana Sugarman -- Lt. Sandra O'Hare
Lana is thrilled to be revisiting the role of Lt. Sandra O’Hare with this amazing team! Local credits include: An Enemy of the People and Hindsight 2020 (Access Theatre Project), The Mirror Effect (Playwright’s Local), The Bear (WRP), Next to Normal and Doubt (Players Guild).
Lana is a proud Canadian and holds an MFA in Acting from Kent State University. She is also a member of The Greenhouse, an ensemble of Ohio artists who work, play, and nurture creativity together. Offstage you can find her teaching yoga, paddling on the water, or making a mean charcuterie board. Upcoming: A Midsummer Night’s Dream with Shakespeare at the Castle this August. http://lanasugarman.com 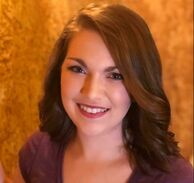 Anna Popa -- Eleanor "Ellie" Good
Anna is thrilled to be back onstage as Ellie with RCT’s cast of On the Line! Previous credits include A Christmas Carol (Belle), Sherlock Holmes: The Final Adventure (Irene Adler), Pirates of Penzance (Mabel), Guys and Dolls and Hairspray (Tammy). Anna is so thankful for the opportunity to perform again with such a talented cast and crew, bringing live theatre back into the world. 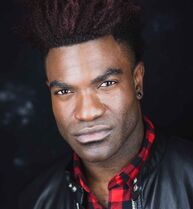 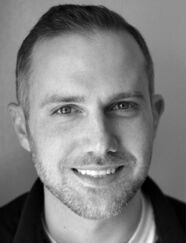 Jay Sigler -- Robert Sheridan
​Jay Sigler is pleased to be back at RCT and back to performing!. He has been seen at RCT in Pippin, A Christmas Carol, Guys and Dolls, Romeo and Juliet, and previously as Robert Sheridan in the January 2020 workshop production of On the Line.  He has performed on stage at local theaters from Canton to Cleveland.  He has also performed out of state in Virginia, Pennsylvania, Washington D.C., and West Virginia.  By day, he is a mathematics teacher at Mogadore High School.  He would like to thank the cast, crew, and audiences! 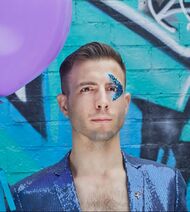 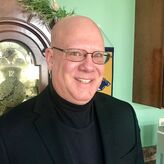 George Csanyi -- Mr. G.S. Good
George is thrilled to be rejoining Rubber City Theatre with On The Line! He has had the pleasure of playing the role of Mr. G.S. Good throughout  the development process of On The Line the past few years and is excited to be back. Past credits include:  Arvide Abernathy in Guys and Dolls at Rubber City Theatre, The Wolf in Into the Woods at Weathervane Playhouse, and Chet Clarkson/Frank Howards in Hello Herman at Avenue Arts in Canton. ​ 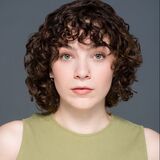 Olivia Billings** -- Mary/Finn
Olivia Billings is so grateful to take part in this new work. They just graduated from Baldwin Wallace with her BFA in Acting and Vocal Minor. Make sure to watch her this Summer in Brooklyn the Musical at Porthouse Theatre. She would like to thank the cast and crew and her friends and family and partner Danyel for their constant support. Keep in the loop at OliviaBillings.org 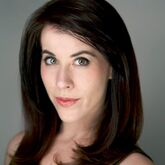 Carolyn Demanelis -- Margie
Carolyn Demanelis is thrilled to be working with Rubber City Theatre for the first time! A Cleveland native who recently moved back to Northeast Ohio in January 2021, she holds her MFA in Acting from The University of Virginia and BA in Theatre from The University of Notre Dame. Ohio credits include Grounded, The Eight, In The Next Room (Red Herring Productions), Dance Nation (Dobama Theatre), Jesus Hopped the ‘A’ Train (Short North Stage), The Vultures, The View Upstairs (Evolution Theatre Company), Winnie-The-Pooh Christmas Tail, Prima Donna (CATCO), Mamma Mia (Renaissance Theatre). Other regional credits of note: Alma in Summer & Smoke (Virginia Repertory Theatre), Lady Macbeth in Macbeth (The Wit Theatre Company), and Stage Manager in Our Town (University of Virginia). All her love to Zach, Tiernan, Ladybird, and future baby girl. 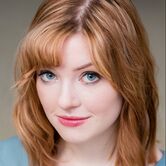 Caroline Turner -- Elaine
Caroline Turner is thrilled to help bring this concert version of On The Line to life! She is a recent graduate of the Baldwin Wallace BFA Acting Program and plans to move to NYC before the end of the year. Some of her favorite past shows include Men On Boats (Goodman/Mr. Asa), Little Women (Meg/Bhaer), Painting Vincent, and As You Like It. She would like to thank the cast and creative team, as well as her parents, Astra, and Sam for their love and support. 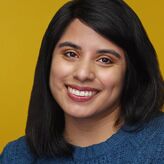 Roxana Bell -- Betty
Roxana is thrilled to be revisiting this gorgeous musical after having taken part in the initial staged reading in 2019. Most recently, Roxana performed as an ensemble member of “Ragtime” (2019) and in the devised theater piece, Central Concern, at Cleveland Public Theatre (2019). Some other favorite credits include: Stellaluna and Other Tales (Stellaluna), Man of La Mancha (Antonia), Macbeth (Banquo), and Akarui (Ensemble). Theater training: Michael Howard Studios (NYC, Summer Conservatory) and Freehold Theater & Studio Lab (Foundation Courses, Seattle). By day, Roxana is a Licensed Social Worker and completed a Master's in Social Work from Case Western Reserve University (2018). She is thrilled to be returning to live theater!  ​ 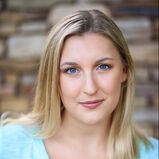 Kayla Lehman -- Ruth
​Kayla Lehman is very excited to be back at Rubber City Theatre in On the Line: In Concert after last being seen in Love's Labour's Lost. Kayla graduated from the University of Mount Union with degrees in Public Relations and Theatre, and is currently working at Beck Center for the Arts. Past favorite credits include: Who's Afraid of Virginia Woolf (Honey), Little Shop of Horrors (Audrey), Little Women (Meg), and Tartuffe (Mariane). More info at www.kaylalehman.com 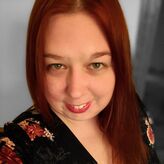 Tara Corkery -- Jean
Tara Corkery (Jean) is thrilled to revisit this story and its incredible music after having the honor of portraying Helen in the 2020 workshop performance. Other recent credits: Ragtime (Mother), Dancing at Lughnasa (Agnes), Next to Normal (Diana), The Laramie Project, West Side Story in Concert and the Ohio premiere of Puffs, or Seven Increasingly Eventful Years at a Certain School of Magic and Magic (Hannah/others). This past year, Tara joined the world of virtual theatre with Rubber City Theatre's reading of Winter’s Tale (Paulina/Dorcas), and Broadview Heights Spotlights’ Clue: Stay at Home (Miss Scarlet). This summer, you can catch her as Detective Case in Spotlight’s streaming production of A Killer Party. Tara co-hosts two podcasts- Podcast in Death (on the JD Robb police procedural In Death series) and Basic Snitches (an in-depth Harry Potter re-read) and has just completed her 17th year of coaching high school Speech and Debate. 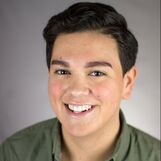 Nick Salazar -- Nick Butz
Nick Salazar is so excited and grateful to be in his first professional production with Rubber City Theatre. Nick is going to be a junior Musical Theatre major at Wright State University in the Fall. In his free time, Nick loves to hangout with his incredibly supportive friends and family. In addition to Musical Theatre, he spends a lot of his free time playing his guitar and songwriting. This is Nick’s first time performing unmasked since the pandemic began, and he couldn’t be more thrilled to kick things off with On The Line. Nick’s great grandmother was one of the women who worked in Akron’s factories to help end World War II, so this beautifully written show holds a special place in his heart. Thank you for supporting the talented writers of On The Line as well as the wonderful cast and crew who’ve helped bring this show to life. 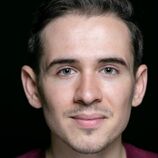 Zach Palumbo -- Francis/Film Crew
Zach Palumbo is excited to be taking this first step towards a post-quarantine world with Rubber City Theatre, where he performed for the final time pre-quarantine as Holofernes in Love's Labour's Lost. He has also appeared around Northeast Ohio with Karamu House, Cleveland Public Theatre, Blank Canvas Theatre, none too fragile, convergence-continuum, Near West Theatre, French Creek Theatre, Cassidy Theatre, Western Reserve Playhouse, and the BorderLight International Theatre Festival, among others. Upcoming projects include the 43rd annual Marilyn Bianchi Kids' Playwriting Festival with Dobama Theatre and the world premiere of Aponibolinayan in the Sky at Talespinner Children's Theatre. He is a graduate of Case Western Reserve University '17, where he played piano for IMPROVment as well as performing with the Department of Theatre, the CWRU Footlighters, and Players' Theatre Group. https://zach.palumbo.io 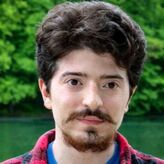 Jack D. Riter -- Frank/Film Crew
Jack Douglas Riter (Frank/Film Crew) is glad to be returning to RCT after the longest March of his life. RCT credits: Dumaine (Love’s Labours Lost), Ghost of Christmas Past (A Christmas Carol), Bohemia (Sherlock Holmes: The Final Adventure). After this production he will be relocating to pursue his MFA. He would like to thank Dane, Sander, Sam and all the other NE Ohio artists who have made Akron home to him for the last two years. 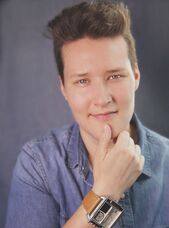 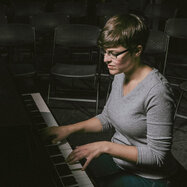 RACHEL DEAN is a composer, pianist, and music director originally from Cedar Rapids, Iowa. Now New York City-based, she serves as a rehearsal pianist for Hamilton and Moulin Rouge as well as a staff pianist for NYU Steinhardt. An ASCAP award recipient, Rachel’s work has been performed in New York, Tokyo, Miami, Ohio, Phoenix, and New Jersey. Musicals in development include Medusa (with Wes Braver), The Anxiety Project and Amelia (with David Brush), On the Line (with Amy Burgess) and The Ballad of Janis Matthews and the Dodo Scouts (with Giancarlo Rodaz). Rachel is a member of ASCAP and Local 802.

Hazen is excited to return to RCT. He has been designing for the company since 2016. He has designed sound at theatres around Northeast Ohio. When not designing sound, Hazen is a photographer. You can follow him @officialhazen //hazentobar.com

Patrick is thrilled to join Rubber City Theatre as the Stage Manager for ON THE LINE. Previously, he served as a Stage Management Apprentice at the Walnut Street Theatre in Philadelphia for their 2019-2020 mainstage season. Other stage management credits include Porthouse Theatre (SM/ASM) and Theatre Workshop of Nantucket (ASM). Patrick holds a Bachelor of Fine Arts degree in Stage Management from Kent State University. He would like to thank Dane and RCT for giving him this opportunity and his family and friends for their constant support. www.patrickleejohnson.com

As a pianist and music director, Anthony has held positions at French Creek Theatre, Blank Canvas Theatre, The Lorain Palace Theatre, TrueNorth Cultural Arts, Sandstone Summer Theatre, Amherst Workshop Players, Lorain Community Music Theatre, The Human Race Theatre Company, Dayton Opera, Dayton Philharmonic Youth Strings, and numerous other venues. Anthony is currently serving on the Board of Directors for TrueNorth Cultural Arts.  He is a 2014 graduate of the University of Dayton with a Bachelor of Music in Piano Performance. While at UD, Anthony was the recipient of the Award for Outstanding Collaborative Pianist and performed at the American Choral Director's Association National Convention in 2013. Besides working in theatrical and other performance related settings, Anthony is an active church musician, having served at numerous parishes throughout the state. He is currently the Director of Music and Liturgy at St. Peter Parish in Lorain.

Dane CT Leasure is the founder and Executive Artistic Director of Rubber City Theatre. He has directed over 20 productions at RCT. His work as a director and actor has been seen in Ohio, Virginia, and NYC. He graduated from the University of Akron with his BA in Humanities and holds a M.Litt./MFA in Shakespeare and Performance from Mary Baldwin University.